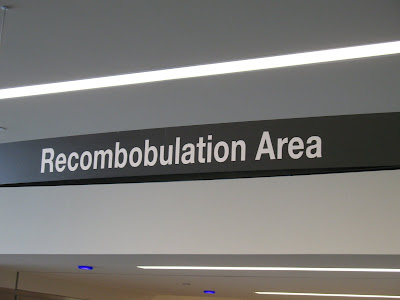 On Monday Becks had a post listing several ways to become engaged in politics this week. Though some day I hope to get to a Bicycle and Pedestrian Advisory Committee meeting, it will have to wait for another month. Because also tonight is a public hearing for the discussion of proposed green building requirements for private development in Oakland.
According to the flyer, Oakland is "considering mandatory Green Building requirements for private development. Green Building refers to a whole systems approach to the design, construction, and operation of buildings."

Now that sounds suspiciously like architecture to me. I'm hoping to learn more at the meeting, but my first reaction is one of skepticism. Aside from the fact that this may not be the right time to be ladling additional requirements onto an already decimated building sector, the system on which the proposal is based is cause for concern.

This system, known as Leadership in Energy and Environmental Design (LEED), was developed by the U.S. Green Building Council in 2000 and employs a checklist to determine if a project is green, with points awarded for each criterion satisfied. The problem with LEED is two-fold. First, it seems to be developing into a bureaucratic, rigid system which rewards rote thinking at the expense of innovative design. Second, and more importantly for Oakland, is that it is essentially anti-urban, or at the very least fairly urban indifferent. And as anybody who has been following along knows, if you want to be green you can't be urban indifferent.

For example in the Sustainable Sites section of LEED NC (New Construction) there is a credit known as Development Density & Community Connectivity. This can be met by the "construction or renovation of a building on a previously developed site AND in a community with a minimum density of 60,000 sq. ft. per acre net. (Note: density calculations must include the area of the project being built and is based on a typical two-story downtown development.)"

Now 60,000 sq. ft. per acre is almost laughably suburban, amounting to a floor-area ratio (FAR) of less than 1.5, which probably isn't quite dense enough for a typical residential corner lot in Oakland, let alone one in a commercial district or downtown.

Another example is the recently built Margarido House which is slated to be the first LEED H (Homes) platinum-certified custom home in Northern California. Certainly it is well-located close to Rockridge BART station and the shops along College Avenue, and the architect and builder have obviously thought quite a bit about ways to make it greener. But it is over 4600 sq. ft. for a single family, which is a distinctly suburban conception of spatial needs.

All the low-VOC paint in the world is not going to save our planet unless we make incursions in to the mindset that we need that much space. I am certainly not one to believe that we all must live at NYC densities to be green, and there is something to this post from a while back over at Oakland Streets. There is plenty of room for detached single-family homes in a green lifestyle, they just need to have a small apartment building at the corner of the block and some mixed-use buildings within a few minutes walk. Though the Margarido House is nearly located within such a place (though its Walkscore is only 49, hmm?), most people living in houses that big will not have that kind of urban, green lifestlye available to them.

I don't want to disparage LEED too much here, it certainly has done some great things in raising awareness, codifying progress and processes, and certifying what had been becoming simply a marketing phrase. And it is getting better, with the LEED ND (Neighborhood Design) pilot program begining to incorporate more urban, green ideas. But it is unfortunate that Oakland is looking to LEED, because as currently conceived it is just too suburban a model for a place like Oakland. There is space in the green certification "marketplace" for a more urban conception of what green building could be, and one I think Oakland would do well to exploit. Certainly this would be more expensive, but one I think could also reap huge benefits.

On a flight from Oakland to Portland I chatted with an architect about how functional values of LEED certifications.

His analogy was that LEED was like a compass that instead of pointing to north (towards sustainbility), it merely prevents one from heading south.

Good post, and thanks for the shout-out. I would add that a 4600 square foot house, by taking up so much space, inherently reduces the walkability/transit potential of a neighborhood. For houses like that to exist in a walkable neighborhood, they would have to truly be few and far between. They would presumably also end up being astronomically expensive, affordable only to the people who can pay to have their cake and eat it too.